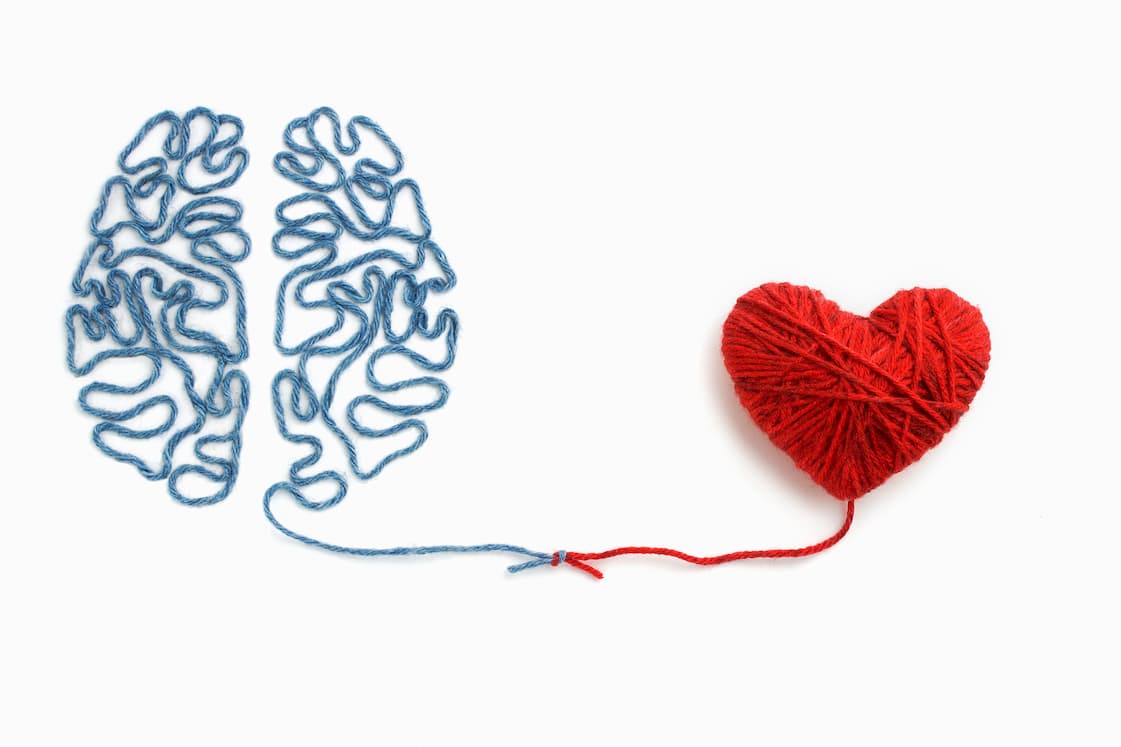 “If you could design the ideal White ally, what characteristics would they have?” This question was asked recently of scholar Ibram X. Kendi. He answered, “The ideal White ally would understand that it’s in their self-interest to build an anti-racist society.”

I was thinking about Kendi’s comments as I witnessed the attack on the U.S. Capitol on January 6 by a predominantly White mob, unified by conspiracy theories, the occult of Donald Trump, and White supremacy.

It has been said time and again: If these insurrectionists had been Black, horrific things would have happened to them. Whiteness — the longstanding system of racism and pervasive advantages afforded white people in America — made it possible for this MAGA mob to feel they had the moral right to attack our democracy, force their way inside the Capitol, and inflict immense damage, including the killing of a Capitol Police officer.

Watching events unfold, it was stunning to see the way a general permissiveness toward White people would even extend to the anarchic behavior of a White mob bent on overturning the results of a free and fair national election. Their intentions were clear, and yet they were met by a Capitol Police force designed for keeping weekend visitors in line.

We’ll no doubt be talking about these events for a long time to come, examining the make-up and motives of members of this mob, the complicity of the President and his supporters in Congress, but I hope we’ll examine the question of how our nation’s long history of racism and White supremacy encouraged and fueled the mob and enabled them to do extensive damage.In America, such entitlement only accrues to White people. It arises from the sense that, as predominantly White people, they are the rightful owners of this country, that their narrative supersedes all other narratives, that no place is off limits to them.

One way to start this conversation is for all of us who are White to examine our personal responses to the January 6 events. In talking with friends and colleagues, it has become clear to me that, while most Americans are outraged, White people have a far different, less visceral reaction than Black people. And this is why a commitment to anti-racism, as Kendi says, is in our best interest.

As horrified as I am by this attack on our democracy, I have to admit that I feel only a fraction of the terror that I felt on September 11,2001, and for many months to follow. Long after the World Trade Towers were hit by hijacked planes, collapsed, and killed nearly 3,000 people, I had nightmares about “terrorists” (i.e., the stereotype I’d been taught to see when I imagine a terrorist) wanting to take down more planes and buildings, blow up bridges, find a way to destroy my family, my friends, and the way of life I hold dear. I would wake up in cold sweats, sure that some piece of infrastructure of my daily life would be destroyed that day. The terror came from the ever-present possibility of harm, the notion that I was in some terrorist’s crosshairs for being American. Over time, no matter how much I consciously knew that I did not have to continue to be afraid, that I could go about my life, the terror manifested in my body. I didn’t seek it or elicit it; it just emerged spontaneously at different and unanticipated moments — like grief — except it was cold, hard fear.

When I look at the White domestic terrorists who stormed the Capitol, all I can think is: idiots, morons, fools. I am outraged, but not terrified. I still feel safe. Though, in truth, “safe” should be the last thing I feel given what I just witnessed and what I’ve been living through this past year.

Trump and his supporters have actually contributed to the erasure of nearly everything I hold dear. At the same time, Trump has literally rendered me a prisoner in my own home, not because of his quarantine policies but because of his lack of them, because of his failure to defend our nation against a pandemic, the greatest threat we face in this time. Through irresponsible, self-absorbed, callous behavior, he has literally contributed to the deaths of more than 100 times the number of Americans killed on September 11.

It's so odd, then, for me to say that I don’t feel anything close to the terror I felt following 9/11. With the attack on the Capitol, there are moments when the enormity of the threat sinks in, when I feel tears welling in my eyes. But I am not paralyzed with fear. The events do not haunt me. If anything, I feel numb.

And I might have just drifted along, unconscious of this lack of feeling, if it weren’t for the conversations I have had with Black colleagues. Talking with them about the January 6 events, I feel the full weight of my own response and the Whiteness buried within it. One of my Black colleagues described the horror she sees when she closes her eyes, then said,“I cannot let myself feel the fullness of my terror because I will drown in it.”

The difference between my colleague’s and my response is important. It reminds me again of why anti-racism is in my self-interest. If I were not engaged in ongoing, honest, authentic relationships with People ofColor, I would not recognize this numbness in me for what it is. And recognizing my numbness is key to undoing it, key to calibrating the appropriate amount of terror that these terrorists should engender.

The numbness I feel is subconsciously fueled by the sense that, fundamentally, they are not after me. In a terrifying account of mob violence in Los Angeles on January 7, Berlinda Nibo, a Black woman, reported that she was filming a predominantly White MAGA mob with her cell phone when they turned on her and began to assault her. The mob pulled off her wig, hither, sprayed her with pepper spray and shouted racial epithets, including, “AllLives Matter. Black Lives Don’t Matter.” This is race-based terror. And it should terrify any human being in our country who believes in democracy and freedom. But I’m willing to bet that it sows terror in Black people by an order of magnitude at least ten times that of the terror that it sows in White people.

The fact is, that LA mob — or any similar mob (we know that same mob could exist in any city on any day right now) — is not looking for me. Beyond that, I still benefit from the White Supremacy they are trying to protect. Like them, I was socialized by it — socialized to be less afraid ofWhite supremacists than of Black people or Brown people or Muslims or people who look like a generic stereotype of Muslim people. I’ve spent 20 years unlearning that fear of People of Color and Muslims, through intentional relationship building, exposure to counter-narratives, bias awareness, priming for anti-racism, media analysis, relearning history, and unlearning myths. ButI have not sufficiently cultivated a proportionate fear of White supremacists.

Further, I’ve been trained to see White people who break rules as having some basic commitment to good intention or common sense. So when I see Trump’s followers at the Capitol erecting a “noose,” I think to myself, “They don’t understand the gravity of that symbol. They wouldn’t really use it. They are being dramatic.” It’s almost as if I don’t believe that a group that is so disorganized in their destruction, so goofily gleeful about their theft of random Capitol artifacts, so unclear about their purpose, would be capable of actual violence. And yet I also know that the terrorism inflicted on Black people in the U.S. throughout our history has not usually been committed by White men with a serious, well thought-out plot. More often, it has been conducted as a part of daily life, often for fun, with glee. At picnics, White community members would come out in their Sunday best to laugh, enjoy time with their neighbors, and witness a mob of White men lynching aBlack man. At other times, it was a straight-up mob without a plan, but riled by anger and a need for power, that attacked whoever they could find.

It’s not the Trump mob’s incapacity to plot a straight line from their intention to their action, or their lack of a serious commitment to ideology that lowers my defenses and the defenses of many other White Americans. It’s the assumption of their harmlessness that we hold because we, too, are white. Are we disgusted? Yes. Angry? Yes. But do we feel terror in our bones knowing that if we walk down the street, a mob like this one could humiliate us, terrify us, and possibly kill us at any time in any city? No. We don’t feel terrified because we have been taught to instinctively trust White people as verily as we have been taught to fear Black people and Muslims. No matter how many times Trump and his followers show us who they are, our Whiteness — our shield — protects us from the violence of a racism and an entitlement that should terrify us, and that could motivate us to do something about it.

Our very ability to critique the White supremacy in the actions of the individuals who terrorized the nation on January 6 is the same mindset that leads most White people to defensively differentiate themselves from the mob. I am anti-racist because I would never do that, because that is not what I stand for. In distancing ourselves from the mob and their actions, we fail to see how the supremacy that lives in them is the supremacy that lives in us. It’s as if we think that differentiating ourselves and knowing that the insurrectionists are wrong means that we are on the right side of history.

It is good, of course, to not be an insurrectionist. But that’s a very low bar to set for ourselves. We need to be more than “not them.” We need to unlearn the numbness to the actions of White supremacy, then proactively stand up for racial justice in myriad ways in our institutions and local communities and in state and national politics.

In particular, we need to be actively engaged in efforts to undo federal and state policies that make it harder for people of color to vote. We need to insist that the federal government re-instate the Voting Rights Act so that there are sufficient polling places in neighborhoods populated by people of color, and so that local governments cannot establish modern day “poll taxes” and “pre-clearances” that suppress the vote. We need to lobby for the abolishment of the Electoral College, which, by giving rural states disproportionate power, repeatedly gives the U.S. presidency to candidates who have not won the popular vote. We need to push back against the extensive gerrymandering that has discounted votes and created guaranteed seats in the House and Senate, which in turn has made it easy for extreme candidates to act without accountability or competition in their districts.

We need, in short, to roll up our sleeves and work to build a multiracial majority that believes in democracy. Those of us who are White and committed to a just, antiracist nation need to not be numb to this pivotal moment. Within our spheres of influence, using tools of democracy, we must act for racial justice, which is one of the many precious aspirations of our republic that now hangs in the balance. 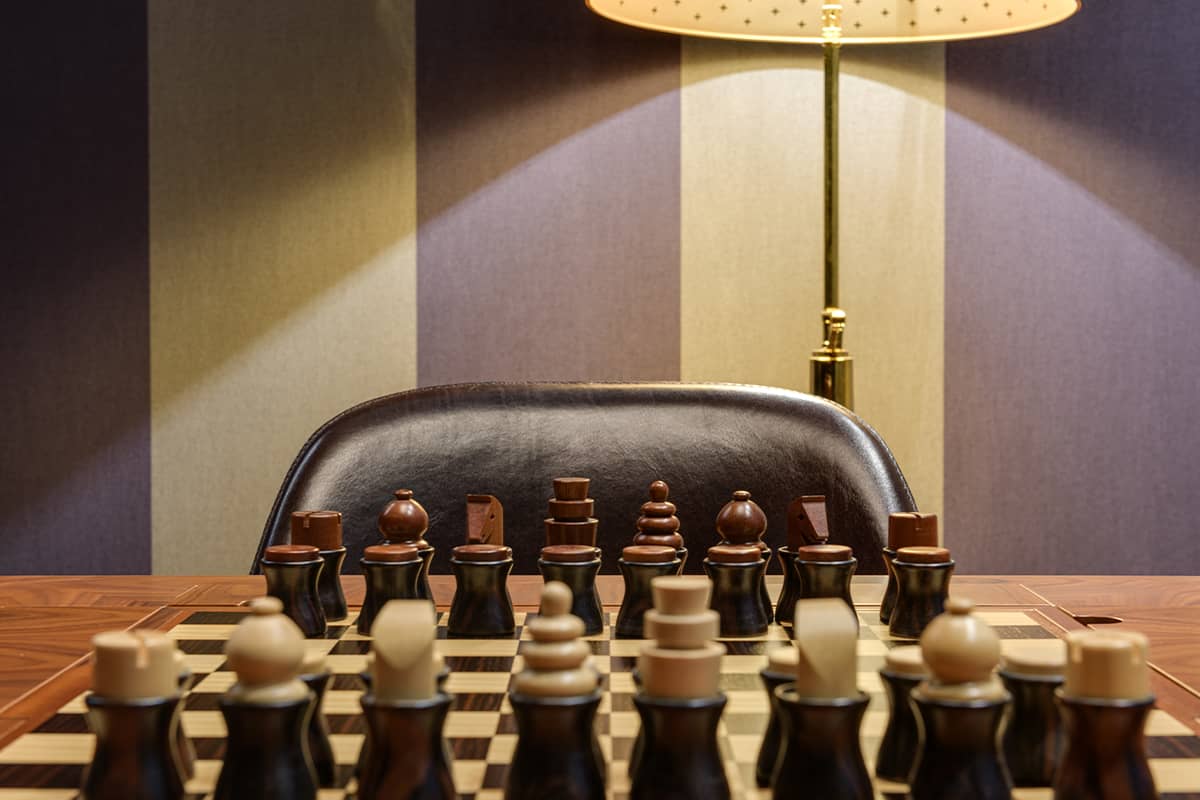