Is homework in kindergarten bad for kids? 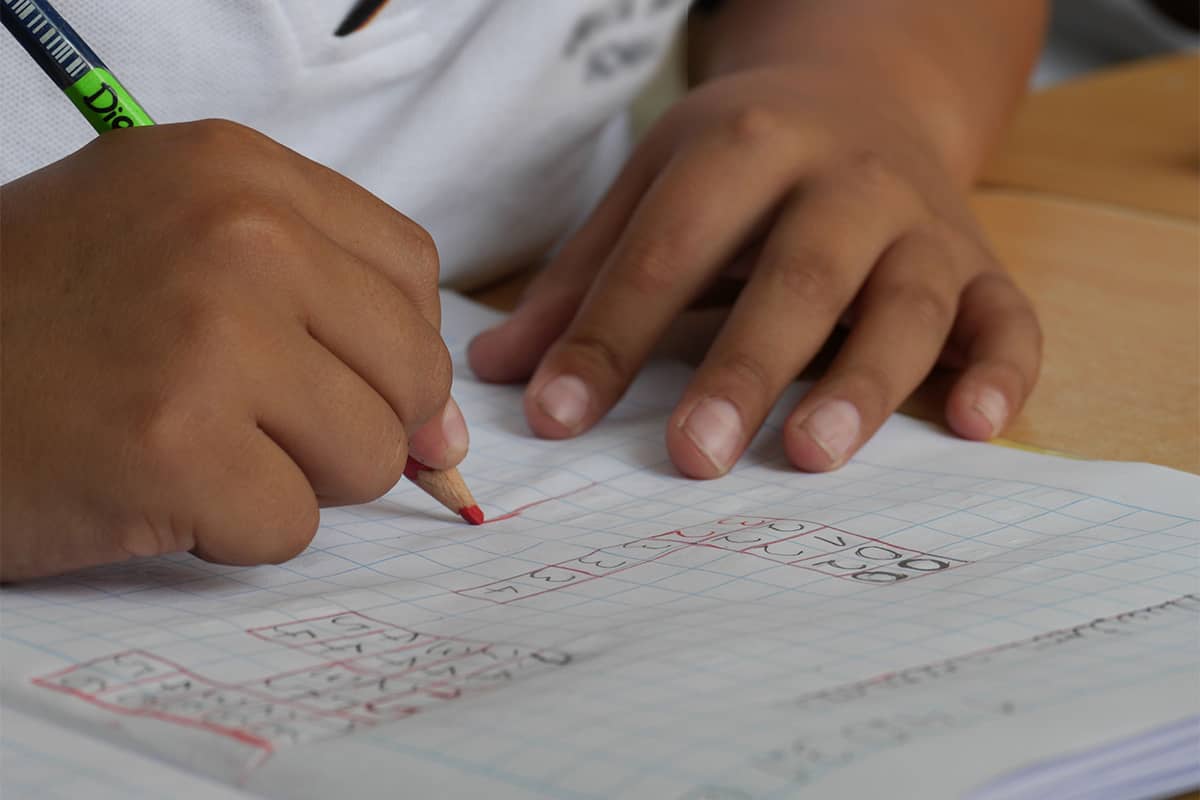 I went to a meeting last night for parents who are considering sending their children to the local public elementary school. We live in a community that prides itself on being diverse (racially, economically and in terms of sexuality). Yet most of the middle class parents in our community send their kids to private schools. A group of four middle class families who are sending their kids to the Henry school host a monthly forum for people to come and learn about the school. Because they are competing with private schools for students, they have realized that they actually need to advertise the school as an option.

Most of the parents there who were considering the Henry school have 4 or 5 year olds and they’re starting to think about kindergarten choices. When I said my daughter is 4 and a half months old, they all said, “Wow – you’re starting early!” Indeed.

The school is a Philadelphia public school and although it has some of the poor funding and overbearing test regimens that all Philly public schools must deal with, it is apparently well led by a competent principal, it is a strong community where children thrive and it is well supported by many active parents.

We like the school because it is so diverse. It is predominantly black and there are many other races represented, including a sprinkling of white children in each grade. There are many adopted children there, as well as children with parents of the same sex. It is all of what we love of Mt. Airy in one place. And although so many of us move to Mt. Airy because it is a multiracial community, we often continue to lead segregated social lives. I like to think that going to Henry might change that.

One thing that turned a lot of parents off was the homework. Starting in kindergarten. A few years ago, this might have appalled me as well. Why does a kindergartner need homework?

During the meeting, my mind flashed to the kindergartens I’ve seen at private schools where kids are constantly doing creative projects and have no homework at night. I thought of what fun and exciting learning environments those classrooms would be for me or my child. And how so many black families have left those schools because they felt they weren’t rigorous enough, because parental involvement wasn’t made explicit, and because their children weren’t happy there.

As my sister says, homework is an equity issue. It is extremely important to have homework because then everyone is on the same page. Everyone is doing the same thing at night.

At the Henry School, the assignments are given on Mondays and they’re due by Friday. They generally involve the instructions to read with your child for 10 minutes a day and do two worksheets (usually practicing writing numbers and letters). As one middle class white mother said, they always read with their children. And the worksheets are similar to the kinds of workbooks that they already buy for their children to take on vacation for fun. For her (as it will be for us), homework will likely be no more than we’re already doing at home.

As one of the women said in the meeting, it’s a trade off – there may be some things you don’t like about the school, but usually there are positives that make up for it. In this case, I thought, maybe the price for a diverse school in which black families are actually happy with the school, is homework in kindergarten.

My sister also reminded me that our kindergarten wasn’t particularly liberal or creative. That our education was actually quite traditional. And we’re actually quite creative, thoughtful, critical – and happy – adults. And, of all the adults I know, the ones who went to really creative elementary schools do not seem to be more creative or successful or happy – as adults – than those who went to more traditional schools.