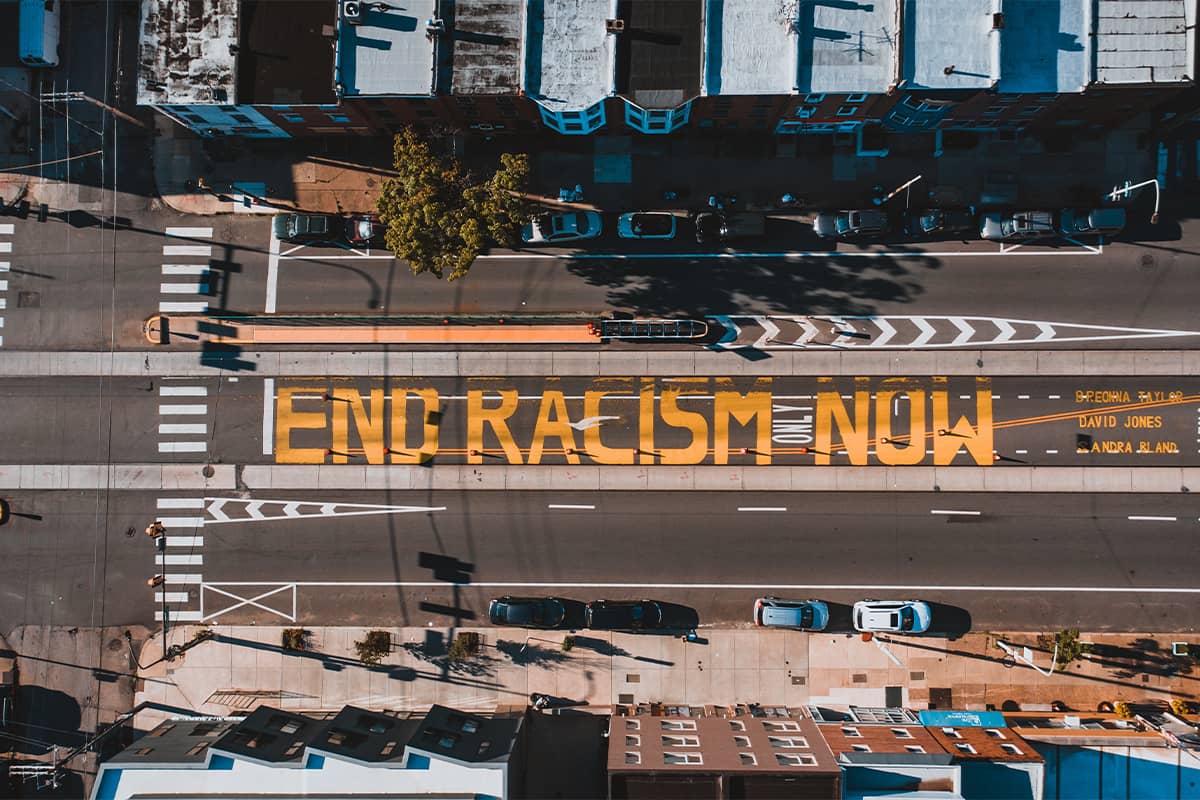 “Whereas non-racists merely profess tolerant attitudes and think everyone should be treated equally, anti-racists not only acknowledge that not everyone is treated equally but work “daily [and] vigilantly” (hooks 1995:158) to combat this inequality.”

On the last day of the White Privilege Conference last spring (Albuquerque, 2012), a participant in one of my workshops approached me to ask what three things she should be doing as a white person to be anti-racist. She said, “I know it’s life-long and that you can’t just narrow it down to a bulleted list. But… if you could… what would you say are the top three things I should be doing to try to be anti-racist?”

Though I experience the journey to anti-racism as much messier and more complicated than a bulleted list, I could see that she felt overwhelmed and needed some guidelines.  I thought about the most important things I have done to support my own attempts to be anti-racist and came up with three things that seemed useful.  I thought I’d share here to see what others think – what would be on your list of three?

When I work in collaboration with people of color, I constantly bump up against my own internalized sense of superiority, which comes from my socialization as a White person.  I once told an Asian American colleague, “I’m not sure why you think I don’t get it.  Do you know how many books I’ve read on this topic?”  She looked at me and said, “If you had really read so many books on this topic, you would not have just said that to me.”  Her response, which stung at the time, was a very generous way of letting me know that I still had a lot to learn.  Learning to humble myself, take advice from People of Color and integrate what I read with how I act have been critical forms of action for me to take as I learn what it means to be anti-racist.

There are many White people who so badly want to interrupt the racist status quo that we don’t take time to look at how our own beliefs and actions support that status quo. Reflection as action means learning to use ourselves and our whiteness as fine tools, rather than lugging it around like unwieldy baggage.  In order to hear what my Asian American colleague was saying, I needed to be in touch with the ways that I had been taught (through media, family socialization, school, etc.) to value the input of Asian Americans less than other People of Color and less than White people (particularly my own).  If I could not consciously recognize that bias, then I would never be able to hear what she had to say. Personal learning and reflection helped me to do that.

There are ways to commit oneself to reflection as action through reading, writing and workshop participation. I often recommend that people form a race reading group or a film group with some white friends and spend time building their knowledge together and reflecting on what the readings mean for their lives. This is a pre-requisite for the second suggestion I gave her.

2. Build relationships with People of Color

I advised the woman at WPC that she go home to her community and workplace and begin to build personal relationships with People of Color.  Just like with all friendships, she will connect with some people and not with others and the connections will grow over time.  But the first step is simply putting in the extra effort to meet people and find ways to connect.  Cross-racial relationships take work, but if we opt out of that work, we perpetuate the cycle of segregation.  Below are two tensions that I have encountered in trying to build cross-racial friendships.  There are plenty more than I could share, but I will save those for future posts….

Tension #1 – Being so worried about offending we don’t connect

I once admitted to my friend Chonika that the first time she came to my house I was nervous because we had to eat in my kitchen.  Nevermind that the kitchen is where my table is and where I serve all the guests that come to my home.  But knowing that racist Whites once made Black acquaintances and servants eat in the kitchen, I didn’t want her to think I was disrespecting her with my choice of rooms.  She laughed at me and we joked about the perils of racially conscious friendships – sometimes everyone is so worried about offending that we forget to connect.

Tension #2 – Finding each other

Sometimes we don’t even get to the point of worrying where to serve lunch because we don’t know how to meet People of Color who might want to be friends.  I often hear people say, “I like this one woman at my workplace, but I don’t want to just starting hanging around her BECAUSE she’s Black!”

Why couldn’t I “just sit down” with People of Color?  I often befriend people I don’t know—not BECAUSE they are white people—but because I don’t have anyone to sit with and I figure we could get to know each other… and that would be objectifying and wrong.  But in reality, I wasn’t really used to People of Color, having grown up in a predominantly White suburb.  As a result, I wasn’t as comfortable striking up a conversation with an unfamiliar Person of Color as I was with a White person.

It was a self-perpetuating segregation. Racist policies and practices in the U.S. have engineered our social worlds so that I was never likely to run into People of Color and therefore felt ill-equipped when I did.  How could I be anti-racist if I couldn’t feel comfortable around people of color?

I realized that if I wanted to meet people of color in the context of my segregated environment, I would have to start “just sitting down” with people of color who I didn’t know as often as I did with White people, if not more. Crossing the lines of segregation at my college meant leaving my comfort zones of the crew team and political science classes so that I would have time to take more classes in Africana studies and join a group on social responsibility.  Putting myself into contexts where White people were not a majority helped too.

Striving to be anti-racist has to include countering the racial engineering that goes shapes our social and political worlds.

3. Join a successfully multi-racial movement and see how it works.

This is probably the most unclear of all the tips I gave her, but I think it is just as important as the first two. Most of what I (as a white person) know about how things work in this country is shaped by how White people and middle class people do things – and it is just as true about political organizing as it is about everything else. My assumptions about how to be in contact with a base of supporters, who should speak, how they should speak, what qualities are necessary for leadership, what the timeline should be, what the agenda should look like, etc., are shaped by my White and middle-class perspective.  When social change movements (or schools or NGOs) are composed entirely (or even mostly) White people the agenda is shaped by the priorities of White people, often at the expense of People of Color.  If I want to work for racial justice, I need to be able to be a part of organizations that disrupt the racial status quo in the very practices of the organization itself.

There was a campaign over the past few years in Philadelphia called RAGE: Riders Against Gender Exclusion. The campaign called for the end of gendered stickers on (ironically named) “trans passes” for public transportation. Many trans people had been harassed by drivers because the “F” or the “M” on their pass did not match the gender that the driver ascribed to the rider standing in front of them. The movement was made up of many trans and queer folks, as well as allies of all races. From what I observed of the campaign, it drew large numbers of people of all races and this coalition ultimately helped dismantle the gendered sticker policy of SEPTA (South Eastern PA Transportation Authority).

I recommended that she find organizations like this, join them, and start to learn how they make decisions, mobilize their base and strategize.  To find a healthy multiracial movement or organization, ask around and then go to meetings – take notice of racial dynamics when you’re there.  Healthy multiracial spaces are rare, but they do exist.

Obviously this list of three recommendations is not a recipe for ending racism. However, if one engages these ideas, they will certainly come away with a clear idea of what one possible path to anti-racist engagement might look like for themselves personally.